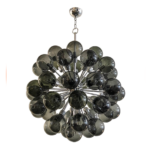 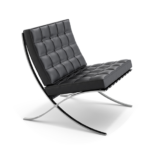 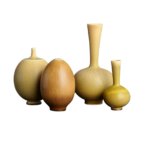 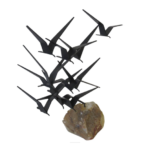 As known as Mid Century Plus or McCormack & Company in Sarasota, Florida. Mid Century Plus has a wide range of antique furniture, lighting, light fixtures, chandeliers, ceramics, artworks and accessories from 1930’s to late 1960’s. Tony McCormack enjoys collecting and selling mid-century modern items. Most items you will find in our store are beyond magnificent, stylish and gorgeous. If you do not see your desire ideal mid-century piece on our website, please feel free to contact us! You never know, we may have it in our store!

Mid Century Plus – McCormack & Company has all the Mid Century Modern Decor that you need for your home or office, and they never go out of style!

Things that we do sell Mid Century Modern:

Tony McCormack, collector and purveyor of American Art Pottery and Mid-Century arts has opened an emporium on Pineapple Ave., in the Historic Burns Court Shopping District. It is showcasing mid 20th century’s decorative arts and collectibles. The focus is on Mid-Century furniture and accessories and artwork that reflect the specific design sensibilities of the 1950’s along with a collection of American Art Pottery ranging in price from $10 to $10,000.

Arising after WWII, the traditional was replaced by the new, a distinct design concept of clean lines, light and bright colors and new materials, which has now become the most sought after home decor trend. Under the direct Scandinavian influence, Mid-Century challenged worldwide creativity, which seized upon its freshness.

“Mid-Century is the hottest trend,” says McCormack, “Not just in the United States but across the globe. It’s a reinvigorated style direction that is universal in its appeal. As a past president of  The American Art Pottery Association, I always have loved the distinct modern edge of American ceramics. I started collecting brightly colored Fiesta Ware and now have moved on to more distinctive collections, such as Newcomb College, Shearwater, and Teco.”

“As Sarasota explodes with new growth, we need to touch our local major design influence, The Sarasota School of Architecture,” says Tony. “It was and is world-class Mid-Century. We are on the creative map, and we want our shop to reinforce that with furniture collections, such as Vintage Knoll, Herman Miller, and Heywood Wakefield.”

Mid-Century has come full circle. Sarasota now has a brand new cheering squad. Whether we lived with it in the 1950’s or just discovering it today, it’s an approach to life that is well designed.